On Searle on Truth and Facts

Searle: "I will in this chapter defend the idea that truth is a matter of correspondence to facts" (Penguin ed., 1996, 199). There is an intuitive understanding of this: "On a natural interpretation, the disquotational criterion of truth, together with the appropriate understanding of the notions of 'fact' and 'correspondence', imply the correspondence theory of truth, because if the quoted sentence on the left-hand side of a T sentence really is true, then it must correspond to the fact stated on the right-hand side" (202).

Strawson rejects the correspondence theory, arguing there is an implied linguistic structure to the facts on the right-hand side which makes the supposed definition circular; as to Searle, "I will argue that Strawson is right to point out the internal connection between fact and true statement but that this does not show that facts are in any sense linguistic entities, or that there is no relation of correspondence between true statements and facts" (208).

(Searle's argument is cogent in its appeal to facts as distinct from statements; but is mistaken in part because in spite of its being more metalinguistically-savvy, it disregards the role of English as metalanguage—try substituting "el gato está en la alfombrilla"; we obviously need to establish the correspondence between that statement and the statement of the language we use as metalanguage. Moreover, even if we discount the issue of metalanguage, Searle is analysing truth in a void, with laboratory statements addressed by no one to no one, or perhaps by himself to himself. To put it in a nutshell, Searle's truths are truths in themselves, not truths "for someone". The analyst himself is imaginatively bracketed off from the analysis, even as he still is, paradoxically, the implied guarantee for the facts being as they are stated in the proposition, through his recourse to both facts and language. But from the standpoint of a interactionist theory of truth (a theory indebted to the pragmatist tradition—see e.g. George Herbert Mead's A Pragmatic Theory of Truth) a truth is always a truth for someone. I.e. a truth is not true in itself or for just anyone. In actual situations where the establishing or determination of truth is relevant, we need to evaluate other people's statements with reference to the facts and to our own way of stating, or representing, the facts. We cannot bracket ourselves off in the way Searle does—except in an operational way when describing someone else's judgment of truth, e.g. the truths of dogma for Catholics, or those made from the standpoint of obsolete science. In these cases, the judgment of truth is ascribed to some other subject. Therefore, the judgement of truth involves not just ascertaining the correspondence between a statement and a fact, but also evaluating the correspondence between different languages, different representations of the facts, and different presuppositions about them. Evaluating some statement as true, or only partially true, or false, always involves taking sides or positioning oneself in some specific discourse situation, in which something is at stake. The statements about the matter of contention will differ; it is only by stating shared presuppositions that we can produce true statements in such a situation. Because, crucially, a statement is true not only if it "corresponds to the facts", but also if it is evaluated by someone as corresponding to the facts.—JAGL).

Another part of the question addressed by Searle is that our metalanguage for truth describes it in terms of statements. "'True' and 'false' are the crucial terms for assessing success in achieving fit in the mode appropriate to statements, just as 'obeyed' and 'disobeyed' assess success in achieving fit in the manner appropriate to orders." (218)

(Again, perhaps not quite. It is not 'obeyed' and 'disobeyed' that satisfies the direction of fit for orders, but 'appropriateness' or 'inappropriateness', i.e. of fulfilling the felicity conditions for orders, such as whether the order is coming from a person with the relevant authority, or not. Whether we choose to obey or not is quite another issue, a perlocutionary one, not a matter of illocutionary structure.— JAGL). (Moreover, in what follows, Searle's thought experiment in 'creating a language' to describe truth, statements, etc. disregards the conflict situations in which statements of truth typically occur, and the number of participants—because statements of truth need to be evaluated as such.).

From the summary and conclusion, in which Searle states the following: "3. The assignment of 'true' to statements is not arbitrary. In general, statements are true in virtue of conditions in the world that are not parts of the statement. Statements are made true by how things are in the world that is independent of the statement. We need general terms to name these how-things-are-in-the-world, and 'fact' is one such term. Others are 'situation' and 'state of affairs'" (219).

(Again, this leaves out a crucial element in the assignation of 'truth' to a statement. We need to take into account not just the statement, and its concomitant state of affairs understood as a representation by the speaker different from the statement itself; we also need to take into account the evaluator's representation of the state of affairs in question, and of the speaker's aim and performance in providing a linguistic representation of that state of affairs—of its features as they are relevant to the interactional situation. But then there are no speakers or interactants in Searle's model... Just imagine, as an example, how we might go about evaluating as true or false a statement such as "there was no America in the 13th century"—not to mention other complex statements and states of affairs such as "the cat is on the mat". —JAGL).

Other details of Searle's argument involve metalanguage. E.g. Searle assumes that substituting logically equivalent sentences does not mean that we preserve identity of reference; nor does the substitution of coreferring definite descriptions. Then again, facts are not the same as true statements. (Which seems straighforward enough, except perhaps to a philosopher of language. One would need no special arguments, it seems, to differentiate a fact from a statement about a fact... —JAGL). Analysis of facts, Searle concludes, requires more than disquotation. And finally, "9. One (only one) method in philosophy is to analyze the structure of the facts that make our statements true. In earlier chapters I have attempted to do that with the structure of social and institutional facts" (221).

(Perhaps one might then extend to Searle's analysis of institutional facts, helpful and insightful as it is, the critique we have addressed to his definition of truth and of facts. These institutional facts, interactional as they are by nature, lack a crucial interactional dimension; institutions, like truths and facts, stand on a partially unstable ground. They are made both of consensus, of shared and presupposed assumptions and practices, and they are made of dissent, confrontation between people and peoples about the very substance of the world, of the institution, and of the rules of the game, linguistic or otherwise, that we are playing. —JAGL).

Searle ends with a critique of Frege and Davidson's "slingshot argument", in order to show that "identity of facts is not preserved under substitutability of logically equivalent sentences" (225). Sameness of reference is not preserved, and Searle dismisses the argument as really nothing but a logician's sleight of hand.

In human reality as seen by Searle there is no opposition, or perhaps rather no solution of continuity, between the mental and the physical, or between culture and biology; "culture is the form that biology takes" (227).


"The connecting terms between biology and culture are, not surprisingly, consciousness and intentionality. What is special about culture is the manifestation of collective intentionality and, in particular, the collective assignment of functions to phenomena where the function cannot be performed solely in virtue of the sheer physical features of the phenomena. From dollar bills to cathedrals, and from football games to nation-states, we are constantly encountering new social facts where the facts exceed the physical features of the undelying physical reality" (228).

(And, to pursue the biological reflection, human institutions rely always on a partially shared intentionality. Human groups share part of the institutional ground under their feet, and differ and debate about the extent of the institutional consensus, or about just which amount of ground is shared, and about the rules, and the facts, sustaining the property of that ground.— JAGL).


"Similarly, though there is a continuity in collective behavior between lions attacking a hyena and the Supreme Court making a constitutional decision, institutional structures have a special feature, namely, symbolism. The biological capacity to make something symbolize—or mean, or express—something beyond itself is the basic capacity that underlies not only language but all other forms of institutional reality as well. Language is itself an institutional structure because it involves the imposition of a special kind of function on brute physical entities that have no natural relation to that function. Certain sorts of sounds or marks count as words and sentences, and certain sorts of utterances count as speech acts. The agentive function is that of representing, in one or other of the possible speech act modes, objects and states of affairs in the world. Agents who can do this collectively have the fundamental precondition of all other institutional structures: Money, property, marriage, government, and universities all exist by forms of human agreement that essentially involve the capacity to symbolize." (228)

(And, I would rejoin, they are all contested ground (money, property, marriage, government, universities...), a matter both of agreement and of contention between groups, as to their status and rules, in a number of interactional situations. Joint assignment of function is essential to institutional behavior, but the questioning of the grounds of the institution, dissent, and paying close attention to the specific interactional situation, and what is at stake in it, seem to be crucial elements in institutional behavior as well.—JAGL).


I will conclude by saying that the shift in perspective proposed here as regards the nature of facts and truth is consistent with Stephen Toulmin's and John Shotter's account of the shift between a modern and a postmodern science of psychology (Conversational Realities, Sage, 1993: 95). Or, perhaps, we are moving further down the road which Searle has already traveled from a modern to a postmodern epistemology. Truths and facts would therefore be kinds of "conversational realities", to use Shotter's terminology. He describes the shift from modern to postmodern psychology as follows:


"Amongst the many other shifts it involves, there is a shift from the standpoint of the detached, theory-testing onlooker, to the interested, interpretative, and procedure-testing participant-observer; from one-way action to two-way interaction; from an interest in theories of underlying processes to an interest in accounting from the actual practices in everyday life. Indeed, this latter shift bespeaks a shift in our understanding of what we take rationality to be: there is now a growing recognition that the pursuit of formal rigour is not necessarily a route to rational soundness (Toulmin 1982b)."  (Shotter, Conversational Realities, 1993: 95).

The reference is to Stephen Toulmin, "The Construal of Reality: Criticism in Modern and Postmodern Science." Critical Inquiry 9 (1982): 93-11). My critique of Searle's theory of truth and facts can be paralleled by a similar critique of Umberto Eco's account of legitimate statements, which suffers from a similar lack of interactional specificity. (See my paper "Sobre lo que no se puede decir"). 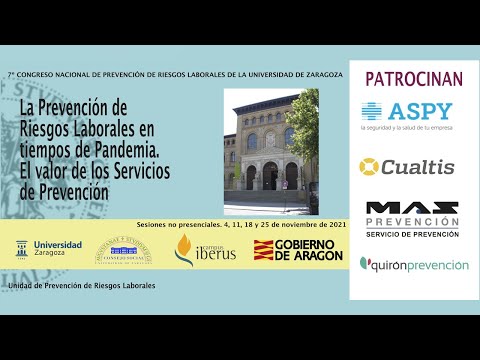